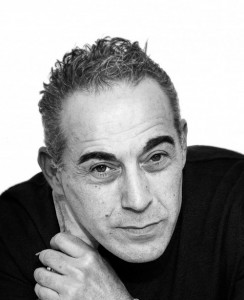 I have been a professional photographer since 1987.

In1995 up to today, I began working with Ettore Mo, as a correspondent for the paper Corriere della Sera, carrying out photo essays in Afghanistan, India, Middle and Far East, East of Europe, Africa, ex Soviet Union, Latin America.

My photo essays were published by the major Italian and foreign newspapers, and my photos have been in individual and collective exhibitions on journalistic photography, both in Italy and abroad.

In 2002 I published a photographic book titled “Iraq” with “ADV-Publishing House” in Logan and another titled “Afghanistan” for the “Touring Club Italiano”.

Both of them were the conclusion of photographic projects that lasted several years.

All photos taken for the essays made with Ettore Mo for Corriere della Sera are featured in the books “The Forgotten ”,  “Trains”, “Rivers”, all published by Rizzoli.

In 2006, 35 photographs taken in Afghanistan were used for the illustrated edition of “The Kite Runner”, a best selling title up to today in Italy, The Netherlands, Brazil, The U.S.A.

In 2008 48 more photographs taken in Afghanistan were used, instead, for the illustrated edition of “One thousand splendid suns”, published in Italy and the Netherlands.

In 2011, Syria slipped into a bloody conflict that has, so far, claimed the lives of more than 200,000 people in four years. Once a middle-income country, much of Syria is now in ruins, and more than half of its population is in need of humanitarian assistance. More than 7.6 million people are internally displaced. Another 4.08 million have fled to neighbouring countries, making it one of the worst humanitarian crises since World War II. Syria’s neighbours are struggling to cope with the influx of refugees as public services and infrastructure have been put under extreme strain. Buckling under the weight of the crisis, Jordan and Lebanon have increasingly restricted their borders to people trying to cross.

Syrian Refugees In Jordan And Lebanon
2015

In July 2011, South Sudan became the world’s youngest country, gaining independence from northern Sudan after decades of war. For many, independence was a symbol of a promising future characterised by resolved political grievances, peace and overall development. However, South Sudan did not have the chance to grow. In December 2013 the governing party, the Sudan People’s Liberation Movement (SPLM) split and the country was engulfed in a power crisis. What started as a political disagreement between the President, Salva Kiir and his then deputy, Riek Machar, quickly spiralled into an ethnic war leading to the death of thousands of women, children and men. Over 2.2 million people have fled their homes because of the violence, around 1.6 million people have sought safety in other parts of South Sudan and over half a million now live as refugees in neighbouring countries, mainly Sudan, Uganda, Ethiopia and Kenya. Currently, South Sudan faces a food security crisis. The UN estimates that 2.8 million people are in need of emergency food assistance. The war has driven people from their homes, preventing them from cultivating their fields. Many people are missing meals and are being forced to sell their limited assets for food. The country is spiraling into an economic free-fall characterised by high food and fuel prices and an ever-rising cost of living.

El Niño is a weather event that recurs every 7-8 years, but whose effects in 2016 are assuming increasingly alarming proportions. A phenomenon closely related to climate change that drives global warming, because the heat produced by El Niño in the middle of the Pacific Ocean will contribute to the further rising temperatures and the irregularity of rains, upsetting the climate on a global scale, particularly in countries where it already periodically violent alternate drought. aftermath? In 2016, there is the serious risk that explodes a new, dramatic humanitarian crisis. This year, tens of millions of people who owe their survival largely to small agriculture and farming, will be hit by serious drought-induced shortages and the lack of water. Several areas of Central America but especially in sub-Saharan Africa, especially Ethiopia will foot the bill. A good part of the population could fall into a State of extreme poverty and food insecurity. The United Nations has sounded the alarm. The one in Ethiopia could be the worst drought in three decades and could put at risk the lives of 400,000 children.

Take a look at my Instagram’s pictures.